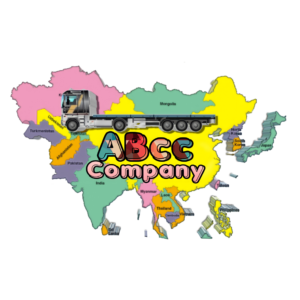 The road transportation system of our country is facing real challenges. The transport companies are facing various problems while transporting goods from one place to another. Be it transferring heavyweight cargo or sensitive materials, the well-maintained road condition is required to ensure the safest transportation of goods to their desired destination.

Here, in this blog, you will come to know about a few major road transportation service problems .

Let’s have a look at them –

Most of the roads are not safe for running a heavy haulage weighted vehicle because of their poor lowclass maintenance . This problem aggravates especially during the rainy season. As per the estimate, the transport companies of the country bear around 200 crores per year on the wear and tear of the vehicles. The reason behind this is the poor road condition. The same road condition can be seen in case of National highways as well. Weak pavement, distressed bridges, poor riding quality, congested cities and lack of wayside amenities create these roads unsafe for any kind of transportation.

Another road transportation system problem in India is the presence of multiple toll tax counter, check posts, octroi duties collections which bring down the speed of the vehicles, waste time and create problems for transporters. The road taxes vary from state to state and in some states, road permission from its authority is also required for transportation of goods.

The road development sector of India gets a little contribution from the private sector. The reason behind this is low-returns and gestation period. The legislative framework of our country also pays little attention to its development and repair. The construction and engineering part is yet to gear up themselves to meet the challenges.

Another major road transportation problem in India is there is no strong policy taken by the government of India regarding road development. A set of agencies or commissions have been framed to look after the maintenance and construction of roads but unfortunately, due to lack of coordination between the agencies and the government lead to a contradictory situation and results in bad road condition.

There is no sufficient fund for maintenance and construction of roads. In fact, over the years, the percentage of allocation has decreased a lot whereas this task requires high priority. In the five years, the allocation was calculated as 6.9 percent and now it has come down to 3.6 in recent days.

In India or any other country, rail and road are the two most important means of transportation department . these two sectors should work hand in hand but unfortunately, a little coordination is seen between them. Yes, you read it right. In order to make transportation of goods in a well-planned manner, the railways need to be engaged in shifting heavyweight goods while road transport should be used for transporting small or sensitive goods over small distances. But, this kind of planning can hardly be seen in the transportation structure of our country and for these transport companies face major problems in shifting heavy haulage oversize loads and weighted goods and big machinery parts.

The truck transport vehicles and buses require immediate replacement as most of them are outdated and out old modeled. The use of these vehicles is a major reason for road accident as well as environmental pollution. This is an important issue which should be given priority by the transport companies of our country. However, here, it is important to mention that most of the professional project cargo companies use modern vehicles and advanced technology to ensure the safest transportation of goods.

The road transportation system of our country requires immediate upgraded modernization and latest technology. In the road transport sector, the use of old technology and vehicles are still prevalent which ultimately increase the number of road accidents. Not only this, due to bad road condition, the transport companies have to bear a huge amount per year on wear and tear of the vehicles. This is an important point on which proper attention should be given.

Overloading is also a burning problem for road transportation in India. the problem of overloading can be observed everywhere and therefore, it is the time that a right strategy should be followed to tackle this kind of issue efficiently. However, states like Bihar, Uttar Pradesh, Jharkhand, and Andhra Pradesh have implemented certain acts and rules on road transportation and thus, this can be regarded as a model step towards this direction. On the other hand, many other states have allowed rampant overloading by issuing a special token that can be availed by paying a certain amount of fees. This kind of activities should be abolished by the administrative authority of our country. In recent days, the government has given serious attention to this matter and taken a few measures in order to prevent impairment to roads.

It seems that state-level diversity is viewed only in a demographic manner, not seeing it in a geographical way. Here a state permits anything or action, then it denies it. Everyone earns income in every state but in every state, Every state has to face different types of paperwork and do-it-all corruption along with the corrupt officials, who may have to deal with actual work Sector is inhumane.

Unexpected penalties and conditions are like the Chhattisgarh-3000, Rajasthan-5000, Gujarat-10000 for the increase of 1 inch and Maharashtra receives 12,400 rupees and thereafter, the administrative officials at the state borders collect forcibly the painting. The high command does not want to vote and comment (The delusion of employees is such that the Chief Minister is contributing to the Minister of Transportation.)

Oversize Load ODC Over Dimensional Cargo intervention of local armies The biggest obstacle in transportation is With the help of local help in the field of expansion, rarely the Bahubali collects unbridled reddish color. In the northeastern states and other cities, its living examples are heard, along with the increase in the name of the ministers of the big government section. Is going.

There is no government problem in making big and tough high prices and in procurement sale, but despite huge tax payment, long-term and excessive time is taken in the name of permission letter in the transport. And in the passive process, the transport service institution first Being blamed, it is exploited. The factory owners and business tax system should consider this as a mystery because this problem is serious. With the sale of commodities and the product, the odc cargo permission letter of its transport should also be given as well. Public interest from the tax office is very suitable to do this.

There are new scams and rigors in our country, there is no limit in the fuel department. Fuel subsidy is also available for a large population but some people do their inappropriate misuse. In our view, the subsidy fuel only Transport vehicles that meet the expected expenditures in the prices of traffic and daily commodities.

Indian government pursuing Western culture – NIVIDA (tendering system) has gained importance in almost non-governmental organizations. But if we are Indians, some of the other budding Jaychands , capitalist greed, Bahubali Musclemen influence, personal selfishness, rare benefits, many big employees settle down with their self-esteem. As a result, they play with their position & respect , institution’s prestige, and future. This is an example of the fail power project in Pune, Naini, Kolkata, Assam and other entities associated with other businesses. If the salesmen, vendors, service providers are changed every time, then perhaps these questions will get some relief.

Lack of expected functionality vehicles Indian auto manufacturers may also give priority to exports in the absence of nationalism. They do not want to give their good products in the national market. Sometimes the value of value is also of value in a valuation of these facts. As a result, Indian transport businessmen are not able to get good off-road vehicles available.

Road direction to the railway department is always indifferent attitude The biggest barrier to the road transportation services in India is the Railway Crossings. Despite government permissions, the government employees do not make reasonable contributions even after the bribe and time-consuming. Not only the transport traders but also the large businessmen and businessmen also have to be raised.

Negative restrictions, humiliation, and accusation on the trucks driver’s Restrictions, humiliation, and accusations of drivers are nothing new.This day, new rules are imposed on drivers. And they are also well accumulated. But what is the realization of the safety of these drivers and their family in reality? This is a big questionnaire. The precious copper transit arrangement of the country, for a small amount of 24 rupees It works hard hours. It is always seen from the addictive, thieves and neglected sight while the important load of the country’s economy is only on the driver. When it comes to the interests of the drivers, all the arrangements remain unbearable. Unresponsive traders, who do not have access to insurable insurance, also blame their mistakes on the driver and eat their wages.

So, these are the major road transportation problems in India against which proper measures should be taken both from the private and government sectors. Once this problem is solved, it would be easier for transport companies to run their business in a seamless manner. After all, ODC cargo transportation is required both in the private and commercial sectors. In fact, there are many small and medium-sized businesses have grown up in these days whose base is cargo transport. To run these sort of businesses in a proper and to keep customers happy, it is important that goods should be transported in the safest manner within the deadline.

When these road transportation problems will be solved, transportation of goods would become easier and it can be transported to every corner of the nation making our country a cargo hub.

Know about the Disadvantages of Road Transport

ABOUT US
Nothing impossible anything only remember NO MISTAKE BY MISTAKE
Contact us: project@transportinindia.in
FOLLOW US
© All Types Content Copyrighted By ABCC India Project Cargo Corporation
Call Now Button